'Gossip Girl' actress Blake Lively will never hire a stylist because she loves putting outfits together herself. 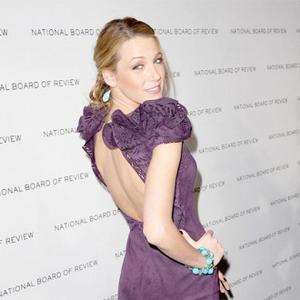 The 'Gossip Girl' star - who is often voted one of the world's most fashionable women - says she loves putting outfits together herself and doesn't want the advice of anyone else.

Speaking about The Fashion industry, she said: "It's a world that inspires and excites me. Some people don't love clothes - they hire stylists and leave it to them. I've never hired one and I don't plan to."

Blake has become the latest 'It' girl of the fashion world, but she insists it doesn't take away from her acting credentials.

She told Australia's Daily Telegraph newspaper: "I have a pretty good understanding of what I've been able to put out there so far. I'm on a show 10 months of the year that's in people's homes once a week, and the show is defined by its fashion, so that's what people know me most for already."

The 23-year-old beauty has a lot of friends in the fashion world - notably Anna Wintour and Karl Lagerfeld - and says she's amazed at how power US Vogue editor Anna is.

She said: "She'll say, 'Wear this,' and next thing you know, it's all over the runways."