Blake Shelton is jealous of Adam Levine for being married to model Behati Prinsloo and admits he would be more than happy to trade lives with the Maroon 5 frontman. 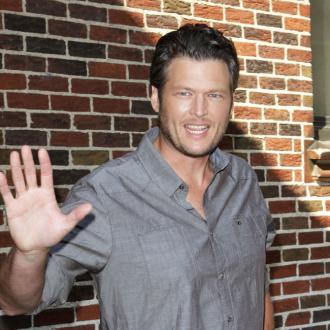 Blake Shelton is jealous of Adam Levine for being married to Behati Prinsloo.

The 'Voice' USA mentor, who divorced Miranda Lambert in July after four years of marriage, admits he would be more than happy to trade lives with the Maroon 5 frontman ''because of his wife.''

Asked which of his fellow coaches, who also include Gwen Stefani and Pharrell Williams, he would like to swap lives with for a day, the newly-single star said: ''There's a lot of good options. [But] I'm gonna say I would pick Adam because he's married to a supermodel. Need I say more?''

The country music star admitted Adam, 36, might be surprised by his choice, but jokingly told PEOPLE.com: ''I don't give a f**k. That's who I'm picking and it's because of his wife. Period.''

Blake has formed a close bond with Adam, who married Victoria's Secret beauty Behati in Mexico last year, since meeting on the NBC singing competition nine seasons ago and is impressed by his work ethic.

The 39-year-old star said: ''Adam and I, believe it or not, spent time together a lot, mostly just talking. As much as we work two seasons on this show, he's right in there working. As soon as there's a break, he's got a whole band waiting for him to get back on the road. The guy really doesn't get much of a break.

''My favourite part of being on this show is those friendships that I've made.''