Blake Shelton is happy to see Christina Aguilera and Cee Lo Green return to 'The Voice' USA because he ''never wanted to see them go.'' 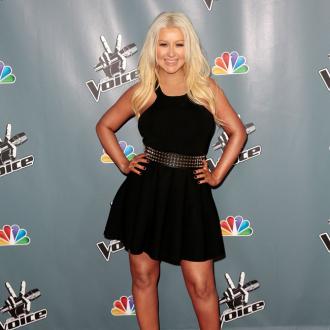 Blake Shelton is happy Christina Aguilera and Cee Lo Green are returning to 'The Voice USA'.

The duo - who were replaced by Usher and Shakira - will be welcomed back as coaches on the fifth season of the show after taking a short break to focus on their own music careers.

Blake said: ''Christina and Cee Lo were a part of helping build this thing. I never wanted to see them go.''

Producers have recruited the experienced mentors in the hope that the show - which, at 14.5 million viewers per episode in the US, is popular than ever - will be even more successful upon their return in Autumn.

A source told Us Weekly magazine: ''The show is in a great position right now. They want it to be stronger than ever when the old coaches return.''

The 'Gypsy' hitmaker - who recently announced she was leaving the talent show to focus on her family - and the 'Scream' singer, who is focusing on his eighth studio album, are reportedly set to return to the singing show next year.

As part of a rotating judging panel, both stars are said to be in negotiations with NBC to sign a deal for the 2014 spring season.