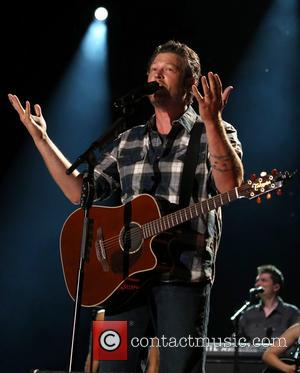 Blake Shelton has made chart history in the U.S. by becoming the first country artist to top the Billboard Artist 100.

The chart, which includes artists of every genre, is measured by album and song sales, radio airplay, online song streaming and fan interaction on social media.

The news comes two weeks after Shelton's latest album, Bringing Back the Sunshine, debuted at the top of the Billboard 200 chart, kicking off a run of country number ones featuring Jason Aldean and Florida Georgia Line, who crashed in at the top with their second album on Wednesday (22Oct14).