Blake Shelton & Miranda Lambert To Team Up At Awards Show 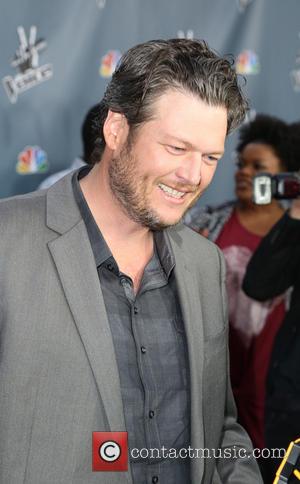 Country couple Blake Shelton and Miranda Lambert are teaming up to open the Academy of Country Music Awards on Sunday (07Apr13).

Shelton and co-host Luke Bryan will be joined onstage by Brad Paisley, Sheryl Crow and Lambert's girl group the Pistol Annies to launch the 48th annual celebration in Las Vegas.

Lambert and her bandmates Ashley Monroe and Angaleena Presley will reportedly join Shelton for a performance of his new single Boys 'Round Here.