Blake Shelton Opens Up About Private Dramas In Candid Interview 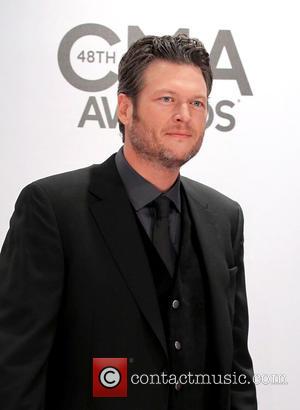 Picture: Blake Shelton - Shots of a variety of stars as they took to the red carpet for the 48th Annual Country Music Association Awards which...

Country star Blake Shelton has opened up about his divorce, insisting the break-up of his first marriage was just as tough as his brother's death.

The Boys 'Round Here hitmaker wed Kaynette Williams in 2003 but they split in 2006, a year after Shelton met his now-wife Miranda Lambert, and, in an interview with U.S. news show 60 Minutes, Shelton recalls making the difficult decision to separate from Williams.

He admits, "That was easily the toughest thing that I've been through. I put my divorce up there with my brother's death. That was a tough, tough call to make."

Shelton's older brother Richie was killed in a car accident when the singer was a teenager, and the sudden death.

"It was like, 'How is this possible? Richie's my brother, he's my hero'. There was nobody close to me that's died (before). I remember picking up the phone to call him a week after he was dead to tell him something. It was constantly a shock to me that he was dead."

The tragedy inspired Shelton to write hit song Over You, using lyrics based on a chat he had with his father years after the death of his brother.

Shelton recalls, "He said, 'Look, you will never, ever get over this happening. You're just gonna have to learn to get used to it'. He was absolutely right. It's still a blur to me, writing that song. I remember crying and that's the most vivid memory I have about it.