Blake Shelton has allegedly dumped all of Miranda Lambert's belongings outside his Oklahoma ranch following their recent split. 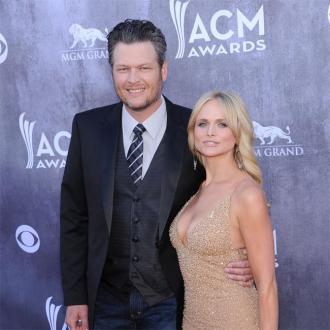 Blake Shelton has allegedly dumped all of Miranda Lambert's belongings outside his Oklahoma ranch.

The 39-year-old country music star, whose divorce from the 'Somethin' Bad' hitmaker was finalised last week just hours after they confirmed their split after four years of marriage, hasn't been home since then, but reportedly instructed his staff to put all of her things on the property's front porch.

A source told gossip website TMZ.com he also ordered them to pack it up and take it away in a U-haul if Miranda doesn't collect it.

But another source claims Blake only put the stuff there because Miranda didn't want any of it and told him he could give it to charity or friends.

The blonde beauty is planning to move to Nashville following their sudden split, and Blake is set to continue living at the ranch.

The duo attempted to dismiss rumours relations between them are extremely bitter by sharing a joke on Twitter last Friday (24.07.15).

After voicing their support for mutual friend Ashley Monroe's new album in a bizarre exchange, Miranda shared a photograph of her ex-husband pushing a stroller and wrote: ''@blakeshelton I knew it.... You WERE pregnant! This calls for a drink!''

When a fan admitted she was ''losing respect because of this whole charade,'' he fired back: ''Well rest assured not one s**t is given.''