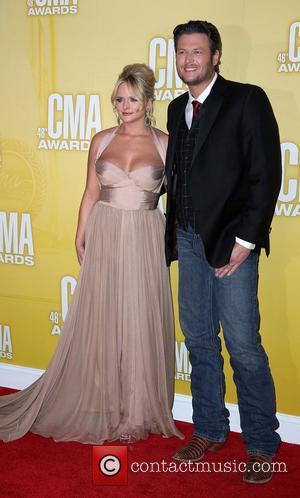 Miranda Lambert has laughed off the Blake Shelton rumors that have suggested the couple have been hit by a cheating scandal. In true Blake / Shelton style, they have laughed off the rumors in a comic way, tweeting each other so that all of their followers can see that they’re not bothered by the gossip.

Joking about the recent tabloid scandal that suggests Shelton has had an affair with a 23 year old artist, Blake sent a tweet to Miranda, saying “Hey ‪@mirandalambert... I just read in a tabloid that our marriage is falling apart!!! FOCK!!!” to which Miranda replied “Oh no! Can't wait to read if we make it or not.” Blake quoted her tweet for his own followers to see and added “Ba! Ha! Ha! You see y'all! I'm making her funnier!”

This isn’t the first time that Blake and Miranda have been forced to deny rumors being spread about them in the press, either. Last November, word got out that the couple were expecting a baby, when they actually weren’t and they were forced to take to Twitter to defend themselves then, as well, with Miranda joking “Wow! I just read the headline! 'We are having a baby' yay! Blake Shelton, we're getting a new puppy?” If they’re willing to joke about something as serious as the breakdown of their marriage, on a social media site, can we safely assume that there’s no substance to those Blake Shelton rumors? Blake Shelton: laughing off rumors that his marriage is in trouble