Blake Shelton Is In For An "Awkward" Night At The Country Music Association Awards Next Month (Nov15) Because He Is Sure His Divorce From Miranda Lambert Will Be Part Of Co-hosts Brad Paisley And Carrie Underwood's Comedy Monologue. 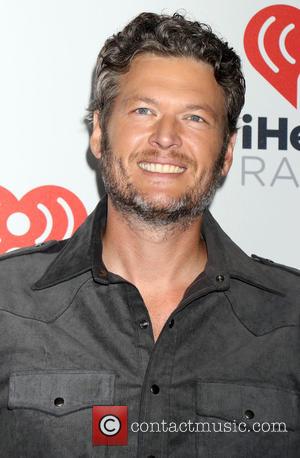 The Boys 'Round Here star and Lambert divorced in July (15) after four years of marriage and they are both slated to attend the prizegiving ceremony.

Shelton is bracing himself for an onslaught of jokes, but admits he has already given pal Paisley permission to make fun of the situation.

"This year's gonna be awkward at the CMAs... because we are such a family, everybody there is friends," he told U.S. late night host Seth Meyers. "There's gotta be a (joke) about me and Miranda. Brad Paisley is not doing his job if he doesn't look down there and go, 'Haha!' He's gotta do it! You have to address the elephant in the room."

"We've had the conversations like 'OK, dude, I will go, sit there and let you kick me in the face a few times'," he continued. "I know it's coming."

Paisley was as shocked as anyone when Blake and Miranda announced they had split, telling U.S. news show Access Hollywood earlier this year, "Blake and Miranda got a divorce in our format, which is a big deal because they're two of the biggest stars and that was such a bummer."

He joked, "It is good for country music - that's better songwriting; there's nothing worse than, 'Oh, I love you and everything's great'. It's better like, 'You cheatin', lyin', no good...' Those are the songs that you wanna hear."