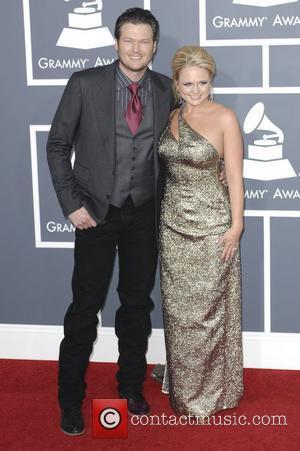 Blake Shelton has joined the 'coaching panel' of the new reality singing show 'The Voice'.
Blake Shelton, the American country singer-songwriter, will join the likes of Christina Aguilera, Cee-Lo Green and Adam Levine as coaches on NBC's new singing series 'The Voice', reports People Magazine.Shelton, who was named 'Male Vocalist of the Year' at the 2010 Cma Awards, completes the coaching line-up for the highly anticipated new show. After confirming his involvement, the 34-year-old joked, "I'm not sure The Voice knows what they signed on for by bringing me on the show. I know this for sure, Christina, Cee Lo, Adam and I are going to have a blast and I am extremely excited to be part of a show that recognizes true vocal talent". Once the show premieres on 26th April 2011, the four mentors will form teams by selecting contestants based on blind auditions. The singing hopefuls will then compete against each other in vocal battles and the winner will be presented with a cheque for $100,000 and a recording contract.
Earlier this week it was reported that Blake Shelton will marry his fiance Miranda Lambert on 14th May 2011. He was previously married to Kaynette Williams but the couple divorced in 2006.