Blake Shelton is rounding up artists for speedy relief gig for the tornado victims of his birth state. 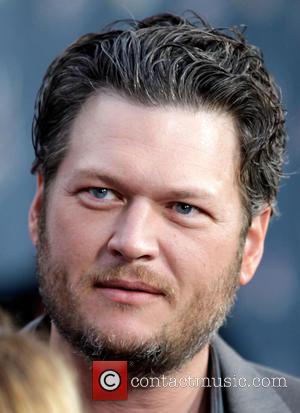 Blake Shelton has announced that he is planning a benefit concert as part of the relief effort for the violent tornado that occurred in his home state of Oklahoma killing 24 people.

The country star announced on 'The Voice' on Tuesday night (May 21st 2013) that he has teamed up with TV network NBC to organise a concert to raise funds for those who have lost their homes and families to the disastrous cyclone that took place in Moore, Oklahoma on Monday (May 20th). 'We'll know more about it in the next 24 hours', he told Billboard. 'I'm hoping it will raise a lot of money. Obviously it will be televised and will happen really quickly.' He also insisted that he can 'call in some really big favours' for the show and, according to Fox News, he already has a date and a venue fixed.

Also on the singing show, he performed a song with his wife Miranda Lambert while appealing to viewers to donate whatever they can to the Red Cross, to get help to the victims of the appalling catastrophe as soon as possible with numerous people now homeless. With this being the second major natural disaster to hit the States after Hurricane Sandy, there's no doubt that Blake will have dozens of musicians eager to help. Blake Shelton Announced The News On The Voice