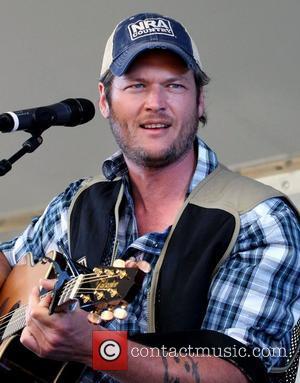 Newlywed Blake Shelton's first post-wedding big gig has been postponed.
The country singer, who wed Miranda Lambert on Saturday (14May11), was billed to perform at the Steelers Country Music Festival in Pittsburgh on 28 May (11), but the show has been scrapped for no apparent reason.
Brad Paisley and Darius Rucker were also scheduled to perform at the Heinz Field stadium show.
The Steelers Country Music Festival was one of three country concerts scheduled this summer (11) at Heinz Field. Taylor Swift will perform there on 18 June (11), and Kenny Chesney and the Zac Brown Band will headline at the stadium on 2 July.