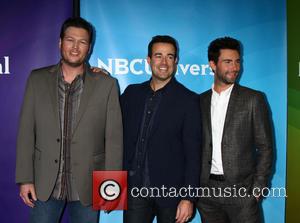 The man who is alleged to have been the mastermind behind Manti Te’o’s imaginary girlfriend reportedly auditioned to be on The Voice. According to US Weekly, Ronaiah Tuiasosopo spun an elaborate and tragic story, about his cousins dying, which producers now suspect may have been a lie, in light of his apparent involvement in the ‘dead girlfriend’ story.

Ronaiah Tuiasosopo allegedly told the show’s producers that he had started a Christian band, together with his cousins, but that they died in a “massive car crash” on the way to a youth conference in Nevada. According to Ronaiah, a truck crashed into their vehicle and sent the family members sprawling across the freeway. Miraculously, he claims, they were all fine, despite doctors fearing that one of them could be brain-dead. According to the inside, Ronaiah Tuiasosopo had taken the same background check and psych evaluation that all contestants go through and nothing out f the ordinary had cropped up. In light of the Manti Te’o death hoax, though, people are starting to think that he could have been making this up as well.

Luckily for the producers, his journey on the show ended there. He tried to impress the judges – Shakira, Adam Levine, Usher and Blake Shelton with his version of Matisyahu’s ‘One Day’ but they were unimpressed. “No one turned their chair around,” the insider confirmed.