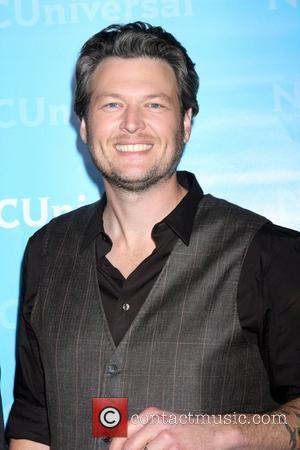 Country star Blake Shelton is in mourning following the death of his father on Tuesday (17Jan12).
DICk Shelton passed away in Oklahoma with his famous son by his side after a year of declining health.
The Honey Bee hitmaker has since postponed a slew of upcoming shows on his Well Lit & Amplified Tour so he can grieve with his family.
A statement posted on the singer's official website reads, "I appreciate your understanding during this difficult time and thank you for all your prayers. Your support means the world to me. I love you guys."
Miranda Lambert's husband was due to perform in Rapid City, South Dakota on Thursday (19Jan12) but he's now rescheduled that show and three others. He'll resume his tour on 26 January (12).