Review of Nude Album by Bleech

If only everything in life was as simple as this. Remember good old fashioned indie rock n' roll? Uncomplicated, one dimensional, get out there on the refectory floor and look a bit of prat indie rock n' roll? Us either. These day's everybody's too busy trying to prove that they can sound like twenty different acts on the same album, remixing themselves into a poo storm of ambiguity. And let's be clear - life's still too short, right? 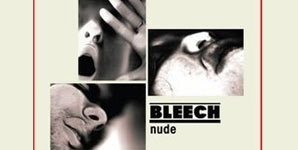 Bleech are a trio - two girls, one boy - that seem committed to reviving the post-ironic trad-fem nuances of Britpop's female contingent - Sleeper, Elastica and Echobelly to be more specific - refracting the Riot Grrrl aesthetic as heard through British metropolitan ears. It may be as the bumf which accompanied Nude says that they see themselves as heirs apparent to the grunge revival micro scene last observed being championed by Japanese Voyeurs, but the reality is that 99% of their debut's bark is much worse than its bite.

You have to wander whether anyone who writes songs as uncomplicated and dying to be loved as Break My Nose and Holiday has ambitions much loftier than playing the toiler circuit in perpetuity. Either could be Nude's standout moment, both full of snotty Metropolitan angst and chunky major chords. Formula without being formulaic (Well ok, not quite) the dose is repeated on the likes of Dancing Without You and opener Weirdo, and so on, until the patient is thinking about digging out that ancient Quoasis tee and watching some episodes of The Word.

All of these things make it hard to decide whether Nude is just an unnecessary reminder of a blinder or too much of a familiarly good thing. It's the summer feel good hit indie dance grunge pop hit of the year. Shame that year is 1995. 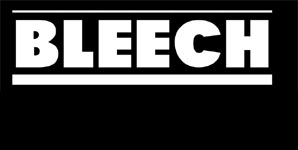 Bleech - Is It True That Boys Don't Cry?