Formation: Blonde Redhead formed in New York City in 1995 when Amedeo and Simone Pace joined up with Japanese musician Kazu Makinon and Maki Takahashi, naming themselves after a song by DNA.

Musical career: Blonde Redhead released their self-titled debut album in the year they formed through Smells Like Records. Soon, Maki Takahashi left and was replaced by Toko Yasuda. However, Toko left and the band went on as a three-piece, though with occasional live bassist Vern Rumsey. The band released second album 'La Mia Vita Violenta' through the same record label before signing with Touch and Go Records on which they released 1997's 'Fake Can Be Just as Good', 1998's 'In an Expression of the Inexpressible' and 2000's 'Melody of Certain Damaged Lemons'. The latter two were produced by Guy Picciotto. Picciotto also lent his technique to 2004's 'Misery Is a Butterfly' which was released through 4AD and became their first charting record. Alan Moulder took over on '23' in 2007 and 'Penny Sparkle in 2010. The band often used Teisco guitars in their earlier albums. During the writing of 'Misery Is a Butterfly', Makino suffered several injuries after getting trampled by a horse. The event inspired the song 'Equus'. The song 'Spring and by Summer Fall' from their album '23' appeared in the crime drama 'Num3ers' in 2007, while the title single featured in the 2009 Pontiac commercials, a trailer for Brit teen drama 'Skins' and an episode of 'Grey's Anatomy'. Another track, 'Elephant Woman', appeared in the movie 'Hard Candy'. In 2008, they wrote the soundtrack for the Dungeons and Dragons documentary 'The Dungeon Masters' which was released in 2010. 2009 saw them appear in 'Dark Was the Night'; an album benefitting AIDS research.

By Ben Walton in Music Reviews on 13 September 2010

Blonde Redhead are purveyors of electronic, synthesiser based music. On Penny Sparkle, their new album, they show their skill for crafting dark and moody soundscapes but unfortunately the songs fail to really ignite. 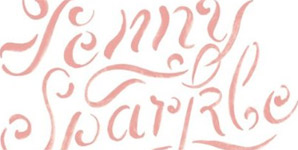