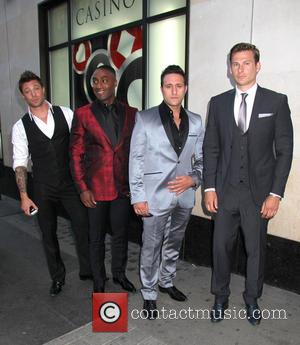 Police descended on the homes of Blue stars Duncan James and Antony Costa after the pair received bomb threats on Twitter.com.

The singers were bombarded with vile messages on the social networking site last week (begs12Aug13), with online trolls threatening to detonate explosives at their properties in Watford near London on Friday (16Aug13).

Cops swooped on their family homes and searched for more than two hours, but found nothing.

Costa tells Britain's Sunday Mirror, "The messages made me feel sick to my stomach. I was scared. I understand that working in my job means that you can be a target for trolls, but this was disgusting. The police were called and they came to my home and made sure we were protected."

James adds, "I felt extremely frightened for my mother's wellbeing."