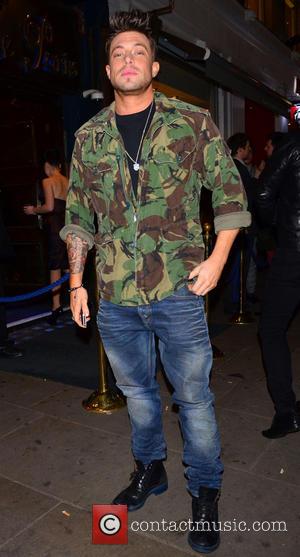 Blue star Duncan James is eyeing fatherhood again, and insists he wouldn't rule out having another baby with his ex-girlfriend.

The bisexual singer has remained close to his ex-partner Claire Grainger, who gave birth to their daughter Tianie-Finn eight years ago, and admits he would love to expand their modern family.

He tells Britain's Now! magazine, "We were hypothetically talking about it. I'd love a little boy. It's something that I've thought about and I've said to Claire, 'Do you want to keep it the same?' Claire's my family. She's the mother of my child and I absolutely adore her. If I go back and do it all over again, I would choose Claire every time."

But James, who 'came out' publicly as bisexual in 2009, admits he now finds himself more drawn to men.

He adds, "I've been looking more towards dudes than girls. I guess that's because I've come out and accepted my sexuality. I'd love to find 'The One'. A couple of years ago, I met a guy but it just didn't work.

"I'm more comfortable about having a proper relationship with a man now, so if I met a guy that I fell in love with then I would definitely think about marriage."