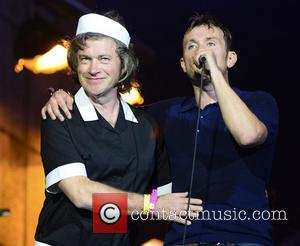 Today saw the announcement of the Coachella Festival 2013 line-up, to be run on the weekends of April 12, 2013 and April 19, 2013, and as expected it’s another smorgasbord of musical taste, with everyone from Britpop veterans Blur to funk rockers Red Hot Chili Peppers turning out for the California event. The sheer array of names is dizzying – just where do you start with deciding who to go and see? Well handily we’ve had a bit of a browse through the line-up for you, so here are a few of our tips.

Pick Of The Headliners

Possibly controversial, both Blur and Red Hot Chili Peppers have a much more high profile legacy than this French group; but to watch Phoenix is to be carried along on a constant rush of euphoria, the group dealing in exhilarating anthemia with a disco edge. Their last album Wolfgang Amadeus Phoenix saw them break the US for the first time, and this year’s Bankrupt! looks set to push them further – Coachella could be their crowning moment thus far.

The XX are pretty much unanimous critics favorites; their self-titled debut getting the Mercury Prize in the UK whilst their follow-up, last year’s Coexist making their first real impact on the States at number five in the Billboards off of a wave of acclaim.

Check out The xx's 'Islands' video

The Postal Service only released one album and a handful of singles back at the turn of the 00’s, Ben Gibbard and Jimmy Tamborello focusing their efforts instead on Death Can For A Cutie. But that LP, Give Up, has endured with age, its soft synth-pop so influential but some would say it was ripped off completely by the likes of multi-million selling Owl City. Coachella will be their first show in a decade.

Check out The Postal Service's 'Such Great Heights' video

Compared to some of the hoary old geriatrics headlining other festivals, Coachella’s old guard are relatively fresh – probably something to do with getting insurance to play in such a hot place. Therefore it’s 40 somethings Blur who we’re tipping to watch, more out of interest than anything. The group never really broke the US in their 90’s heyday so it’s curious that they’re right at the top of the bill on the Saturday night here. That’s the power of nostalgia though, we suppose.

Check out Blur's 'Under The Westway' video

Pick Of The Undercard

We tipped Savages as one of our ones to watch at the beginning of the year and so it’d be foolish of us not to champion them this time round. The four-piece deal in visceral post-punk that harks back to the likes of The Slits and Joy Division, though delivered with a tempestuous menace all of their own. We reckon they could turn even the brightest of Californian sunshine dark.

Check out Savages' 'I Am Here' video