Bob Geldof (born 5.10.1951)
Bob Geldof is an Irish musician and, latterly, a political activist. Geldof rose to fame as the singer of the Boomtown Rats and is known for organizing the international Live Aid and Live 8 events.

Childhood: Bob Geldof was born and raised in Dún Laoghaire in Ireland. His mother, Evelyn died suddenly at the age of 41. He has two older sisters, named Cleo and Lynn.

Raised as a Catholic, Bob Geldof attended Blackrock College. After school, he began work as a music journalist in Vancouver for Georgia Straight. In 1975, however, he returned to Ireland and became the singer in The Boomtown Rats.

The Boomtown Rats: The Boomtown Rats song 'Rat Trap' was the first New Wave song to go to number one in the UK. This was followed by the huge international hit 'I Don't Like Mondays', which Geldof wrote in reference to an attempted massacre at a school in San Diego, California.

Charity Work: In 1984, Bob Geldof and Midge Ure (of Ultravox) wrote the song 'Do They Know It's Christmas' in order to raise funds to ease the famine in Ethiopia. A number of high profile artists were involved in the recording, under the name of Band Aid (these included Adam Clayton and Bono of U2, Spandau Ballet, Duran Duran, Heaven 17, Bananarama, Paul Weller and Status Quo). The track entered the UK charts at number one and was the country's fastest seller of all time at that point, shifting over three million units. It eventually raised over £8 million for its designated cause.

The next year, Ure and Geldof undertook the organisation of Live Aid: a massive, two-part event, performed simultaneously in Philadelphia and London. The event was televised in full in the UK on BBC radio and television. The concert raised over £150 million. At the age of 34, Geldof was knighted, as a mark of respect for his efforts.

20 years later, when Geldof visited Africa again, he still found many social problems there and just as much poverty and famine as he saw in 1984. As a result, he decided to organize to Live 8 concerts in an attempt to put pressure on the G8 and force the international community to increase aid and cancel the debt in the developing world.

Business: Bob Geldof founded Planet 24 in 1992. Planet 24 is a television production company that made programmes such as The Word and the Big Breakfast. Geldof also helped to found Ten Alps Communications, a company specializing in media, entertainment and marketing.

Solo Career: Following the Live 8 concerts, Geldof relaunched his solo career but with mixed results. At a concert in a 12,000 capacity arena in Milan, Geldof arrived to find that the tickets had not been released on general sale. Only 45 people were in attendance and Geldof refused to play.

Paula Yates left Geldof for the INXS singer Michael Hutchence in 1996 and Geldof obtained full custody of his children. Following the deaths of both Hutchence and Yates, Geldof also became the legal guardian of their child, Tiger Lily, arguing that she should be raised with her half-sisters. 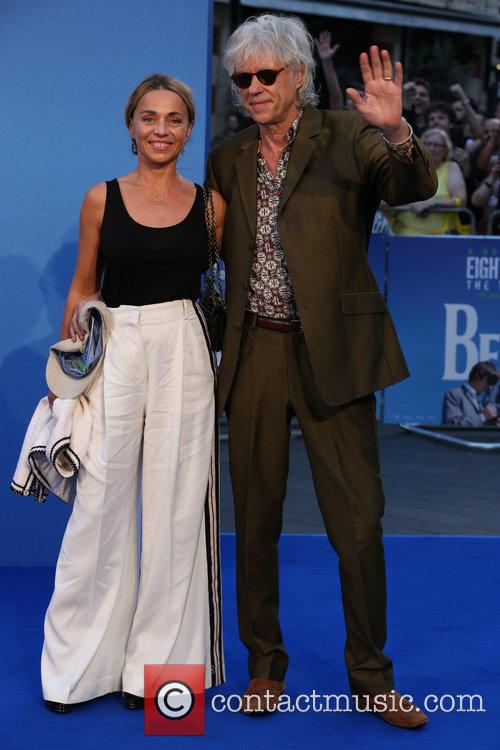 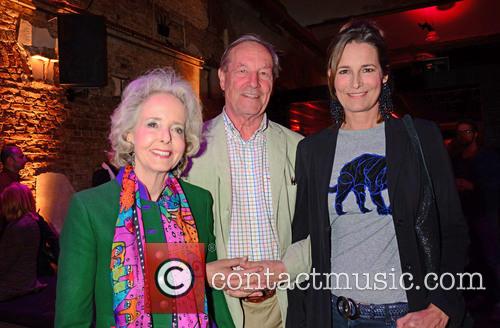 By Charlotte Court in Lifestyle / Showbiz on 05 September 2015

The philanthropist has spoken of his "shame" about the current crisis

Bob Geldof put his money where his mouth is when he offered refugee families shelter in a number of his houses and has called out to others to do the same. The organiser of the massive LiveAid charity concerts is one of the many famous names that have spoken out against Britain’s perceived reluctance to take in significant numbers of Syrian refugees who are currently seeking asylum across Europe. Along with author Jk Rowling, footballer Stan Collymore and fashion guru Mary Portas, Geldof has pledged his support for those who need it most and has spoken of his "profound shame" at the growing crisis.

Continue reading: Bob Geldof Is Willing To Take Refugee Families Into His Home

Sir Bob Geldof has brushed off Pooley's comments about the Band Aid 30 single. Speaking to the Radio Times, Pooley said of the single - released to raise money for the crisis - "It's Africa, not another planet.Stuff about Do They Know It's Christmas? It's just like, actually people live normal lives here and do normal things. That sort of cultural ignorance is a bit cringeworthy. There's a lyric about 'death in every tear,' it's just a bit much."

By Holly Williams in Lifestyle / Showbiz on 25 November 2014 By Stephanie Chase in Music / Festivals on 15 November 2014

Some of the biggest stars in music gathered in London today to record a new version of ‘Do They Know It’s Christmas’.

The Band Aid 30 recording of ‘Do They Know It’s Christmas’ took place in London today, with stars such as One Direction, Ed Sheeran, Bono, Adele and Chris Martin all lining up to take the mic for a new version of the charity Christmas classic. The single will be available for download from Monday, with proceeds going to help fight Ebola in West Africa. Fans waited outside the recording studio in Notting Hill all morning to catch a glimpse of their favourite artists, with One Direction’s Harry Styles among the first to arrive. 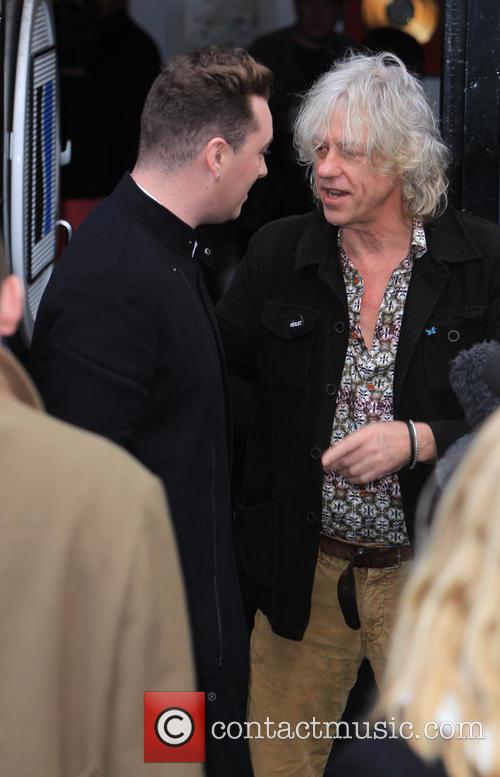 Bob Geldof Plays His First Gig With The Boomtown Rats Since The Death Of Daughter Peaches.

Geldof’s daughter Peaches died suddenly on April 7th at the age of 25.

Boomtown Rats singer Bob Geldof has returned to the stage for the first time since the death of his daughter Peaches seven weeks ago. Geldof has returned to the stage with the Boomtown Rats

Geldof and his band preformed at the Volksfest Festival in Plymouth, Devon on Sunday. Local paper, The Torquay Herald Express reports that the band played “a full 75 minute set”. Geldof made no reference to Peaches during the appearance and fans described his performance as “remarkable” considering the tragic circumstances.

Continue reading: Bob Geldof Plays His First Gig With The Boomtown Rats Since The Death Of Daughter Peaches. 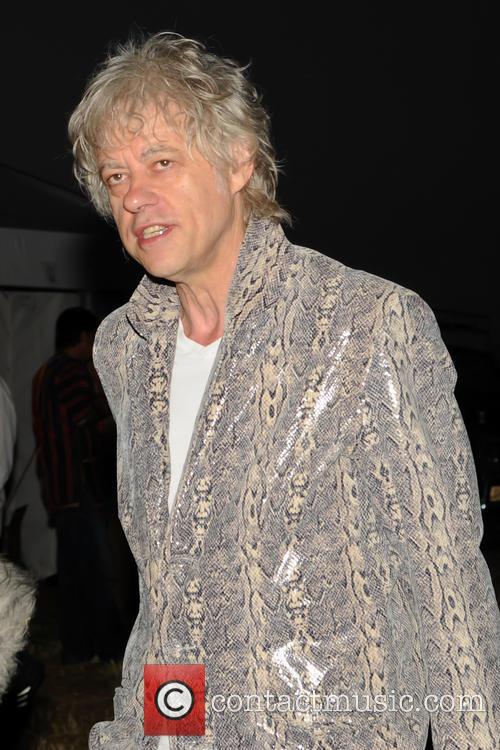 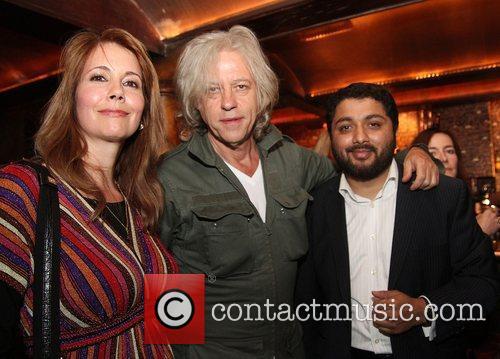 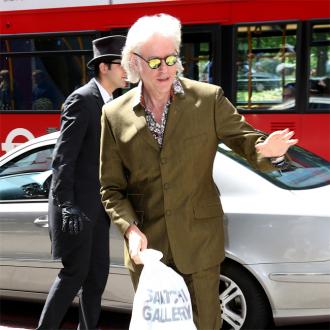 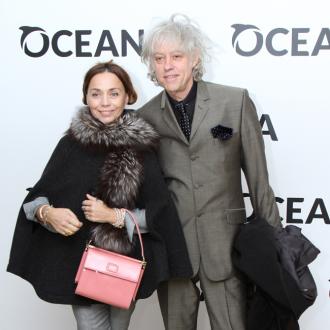 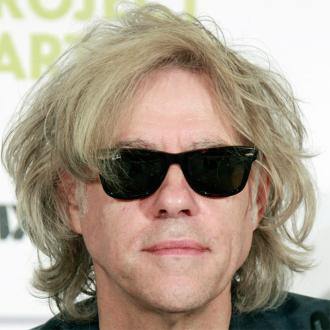 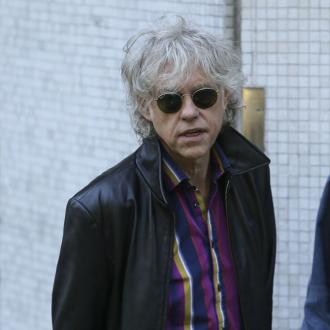 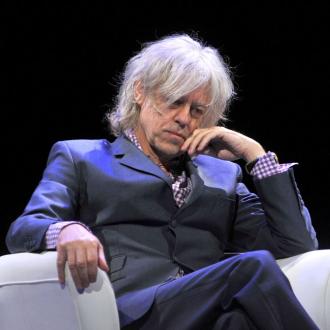