Bob Geldof Brought Forward Plans To Propose To His Partner Jeanne Marine In A Bid To Ease The Grief Caused By The Death Of His Daughter, Peaches Geldof. 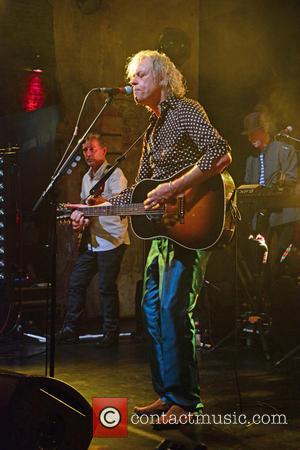 The Boomtown Rats singer abandoned plans to ask his girlfriend of 19 years to marry him after Peaches' death from a drugs overdose in April, 2014.

However, the rocker had a change of heart on the day after Peaches' funeral, and decided he would heal his pain by proposing - the couple's engagement was announced on 1 May (14), 10 days after the 25 year old was laid to rest.

"We could either let time do its thing (to heal the grief), but time doesn't heal, it just accommodates," Bob tells Britain's Daily Mirror newspaper.

"You just push it (grief) to the side until it forces its way to your foreconscious again, and then you have to move it and place it back to this deep dark dungeon. I thought, 'I have to do something'.

"I had already planned to ask her to marry me on her birthday. And then, because of Peaches, I thought it would be entirely inappropriate. And then we buried her - and the next day - I decided to let some air into the room. We were suffocating with grief - and we needed air in the room - and we needed light in that air."

Bob and Jeanne tied the knot a year later on 28 April (15) with a ceremony in front of family and friends in the South of France.