Police Are Investigating A Burglary At Bob Geldof's Property Over The Weekend (04-05apr15). 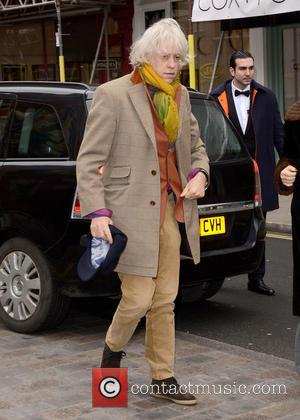 Thieves broke into a shed at the Boomtown Rats frontman's home in Kent, England on Saturday (04Apr15) and stole gardening equipment and a chainsaw.

A Kent Police spokesman tells Canterburytimes.co.uk, "We were called just before 9.10pm on Saturday to reports of a shed burglary in Faversham... It was reported a chainsaw, a leaf collector and a multi-tool were missing from a shed from a property... Police officers in the Kent Police burglary unit have investigated and enquiries are ongoing."

The incident occurred during a bad week for Geldof, who marked the first anniversary of his daughter Peaches' death on Tuesday (07Apr15).