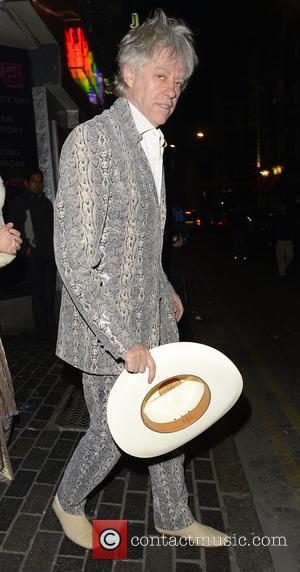 Bob Geldof's The Boomtown Rats thrilled fans last week (07Jun13) when they reunited for the first time in 26 years to play a secret gig at an English pub.

The I Don't Like Mondays hitmakers performed at The Gate pub in West Sussex as a warm-up ahead of their highly-anticipated appearance at the Isle of Wight festival on Sunday (16Jun13).

Landlord Jeremy James was sworn to secrecy over the $15 (£10)-a-ticket gig as the performance was the only opportunity the band had to practice ahead of the festival.

He tells Britain's Daily Express, "We couldn't tell anyone as it was the only practice the Boomtown Rats would be having prior to Isle of Wight. But even if we had, nobody would have believed us.

"Bob (Geldof) was great. He hasn't lost the magic considering he's in his 60s now. I loved them back in the day and am still amazed this... happened."

The Isle of Wight festival takes place between the 13-16 June (13) and will feature acts including Bon Jovi, Paul Weller and The Stone Roses.

The Boomtown Rats had not performed together since 1986.