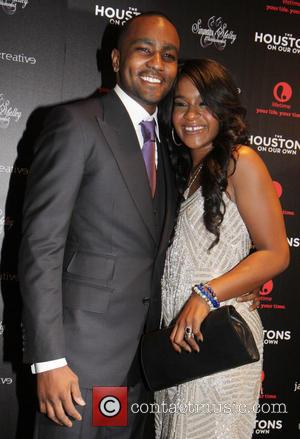 Bobbi Kristina Brown's partner Nick Gordon has accused her father Bobby Brown of turning down every opportunity for the pair to discuss hospital visitation.

Bobbi Kristina, the 21-year-old daughter of Brown and late singer Whitney Houston, has been in a medically-induced coma in a Georgia hospital since she was found unresponsive in a bath tub in January (15).

Gordon claims he had been banned from seeing his partner by her family, but Brown's attorney fired back over the weekend (21-22Feb15), accusing Gordon of turning down opportunities to visit.

However, Gordon's lawyer has now continued the war of words, alleging Brown has made no attempt to meet Gordon to discuss the issue.

A statement released by Gordon's team, reads, "Bobby Brown has consistently prohibited Nick, who Bobbi Kristina would want by her side, from being there. Per his own words, Mr Brown has only 'offered an opportunity to potentially meet with Bobbi Kristina' if Nick were to meet certain conditions, conditions that we, his attorneys, have advised him not to meet, particularly in light of Mr Brown's inability to guarantee access... But in an effort to do all he can to visit, Nick has repeatedly offered to meet with Mr. Brown privately to discuss his request in person, rather than through lawyers. Those offers have also been rejected. We hope Mr. Brown has a change of heart."

Gordon writes on Twitter.com, "I can't wait till she wakes up and dismiss all of the negative thoughts (sic). There is a reason why her mom made me promise to look after her... If Bobby can guarantee me that I can see her 24/7 I'll meet the conditions."

A further statement from Brown's attorney adds, "Due to Mr. Gordon's failure to place in tangible form his understanding of the events that lead to the hospitalisation of Bobbi Kristina, there is no reason for any additional discussion with him... It appears that Mr. Gordon did not want his understanding of the facts to be subject to the truthful examination of various experts or Bobby Brown himself... Mr. Gordon has every right to remain silent and not share his version of the events with Bobby Brown. We are only concerned with individuals that can help Bobbi Kristina and bring resolution to this investigation."