Bobbi Kristina Brown's boyfriend Nick Gordon is convinced she will ''wake up'' if he is allowed to visit her and has requested a meeting with her father Bobby Brown. 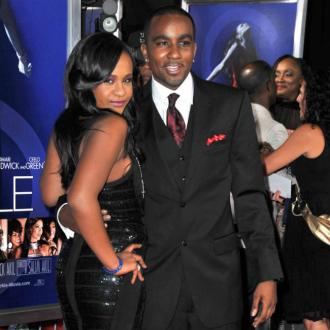 Bobbi Kristina Brown's boyfriend is convinced she will ''wake up'' if he is allowed to visit her.

The 25 year old claims his girlfriend's family have refused to let her visit the 21-year-old aspiring singer at Emory University Hospital in Atlanta, where she is still fighting for her life in a coma after being found face down in her bathtub on January 31, and is confident his presence would have a positive impact.

He tweeted to her father Bobby Brown: ''''Let me in the hospital to see my girl and let her hear my voice SHE WILL WAKE UP!!! (sic)''

Bobby and his lawyer have previously revealed Nick was offered the chance to see his girlfriend but refused to ''meet the terms'' that were set out for a possible visit and now Nick's attorneys have admitted they advised against him meeting the conditions as he was only ''offered an opportunity to potentially meet with Bobbi Kristina'' so said he should turn it down ''in light of Mr. Brown's inability to guarantee access.''

And the legal team claim Nick has made repeated requests for a personal meeting with the 'Two Can Play that Game' hitmaker and remains hopeful of a ''change of heart''.

The lawyers, Randall Kessler and Joe Habachy, said in a statement: ''Bobby Brown has consistently prohibited Nick, who Bobbi Kristina would want by her side, from being there...

''In an effort to do all he can to visit, Nick has repeatedly offered to meet with Mr. Brown privately to discuss his request in person, rather than through lawyers,'' the statement read. ''Those offers have also been rejected. We hope Mr. Brown has a change of heart.''

Nick recently urged his Twitter followers to pray for the starlet, who is the daughter of Bobby and the late Whitney Houston, writing: ''Thank you for all your prayers. She is a strong person and will pull through this. Continue to pray for her.''

It has also been reported that Nick has since been banned from her home.

A source said: ''Nick has been told the townhouse is no longer available for him to live in and to find other living accommodations.''