Bobby Brown has asked fans to pray for his family after wife Alicia Etheredge was hospitalised. 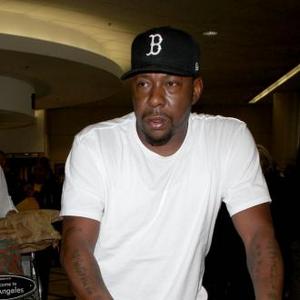 Bobby Brown has asked fans to pray for his family.

was hospitalised on Saturday (01.09.12) after suffering a seizure in their Florida hotel room but the 'Two Can Play That Game' hitmaker later said she is ''recovering'' from her medical scare.

He tweeted: ''The report that my wife was rushed to the hospital is true. She is recovering and is in good spirits and doing well.

''Please keep my family in your prayers.''

Despite Alicia's hospital trip, Bobby - who checked into rehab last month following an arrest for driving under The Influence - still took to the stage as planned for New Edition's concert at the Gaylord Palms Resort hours later and proudly proclaimed himself sober.

He said: ''I'm seven and a half years off narcotics, 21 days clean of alcohol and I go by Bad Ass Bobby Brown.''

Bobby and Alicia - who have three-year-old Cassius together - married in June after the singer proposed to his manager at a New Edition concert in 2010.