Bobby Brown Is Building A New Safe Haven For Women In Memory Of His Late Daughter Bobbi Kristina. 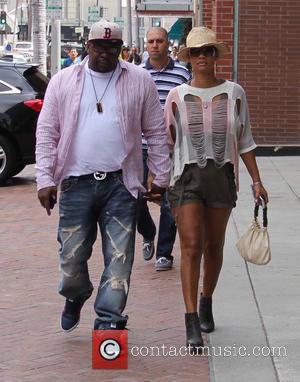 The R&B veteran's only child with tragic ex-wife Whitney Houston was found unresponsive in a bathtub at the Roswell, Georgia home she shared with boyfriend Nick Gordon in January (15).

She never woke from her medically-induced coma and passed away on 26 July (15), aged 22.

Weeks earlier, her court-appointed conservator, Bedelia Hargrove, filed a $10 million (£6.25 million) lawsuit against Gordon, accusing him of assault, battery, intentional infliction of emotional distress, and transferring money from her account into his own without authorisation.

Following the aspiring actress' death, Hargrove added a wrongful death count to the suit and claimed Gordon gave Bobbi Kristina a "toxic cocktail" following a fight on the night of her death.

Now Bobby Brown has spoken out about the allegations for the first time during a candid chat on U.S. talk show The Real.

In the interview, which aired on Monday (14Sep15), the singer claimed his daughter would probably still be alive if she had a place to turn to for help - like his new Bobbi Kristina Serenity House.

He explained, "It's a safe haven for young girls and women of all ages to have a place to come when they're in bad relationships, when they're dealing with anything that's going on in their life that you really can't deal with by yourself - the loss of people in your life, drug abuse...

"It's just a place that we just started to build that I feel is needed, because if I could have just been there two days before anything could have happened to my daughter... it wouldn't have went down like that (sic)...

"When you are in a relationship like that, what that other person has taken from you is the ability to love yourself like you should love yourself."

Without mentioning Gordon by name, he issued a public plea to the District Attorney of Atlanta to "look closely" at all the pieces of the puzzle surrounding Bobbi Kristina's death.

He continued, "I'm not gonna call anybody out but I really wanna just tell the D.A. of Atlanta, Georgia that he needs to look closely into the investigation into what's going on that caused my daughter to pass. If you all want, write to the D.A... take some action, because we want to... break the cycle before this happens to somebody else's child, or just to women out there, period... If we don't, this is gonna happen to many, many girls."

Gordon has denied allegations he caused his girlfriend's death, insisting he tried to resuscitate her but was unsuccessful. His lawyer has also asked a judge to dismiss the wrongful death lawsuit, branding it "slanderous and meritless".