Bobby Brown's lawyer insists he wasn't driving erratically when he was arrested for driving under The Influence earlier this week. 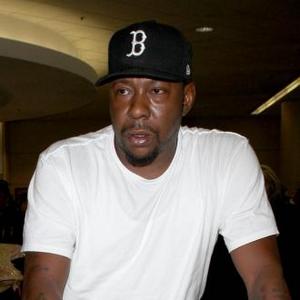 Bobby Brown was ''not driving erratically'' when he was arrested earlier this week, his lawyer has insisted.

The 'My Prerogative' singer was arrested in Reseda, Los Angeles, on Monday afternoon (26.03.12) on driving under The Influence (DUI) charges after he failed a sobriety test when police officers stopped him for allegedly driving while talking on his phone and his legal representative, Tiffany Feder, says her client is taking the matter seriously.

She said in a statement: ''Everyone is innocent until proven guilty, and Mr. Brown was not driving erratically. He was speaking on his cell phone.

''Mr. Brown has not been convicted of anything associated with this incident. Mr. Brown is taking this matter seriously, and an investigation is underway. The legal process shall run its course.''

Meanwhile, Bobby has received the support of a close friend of his ex-wife, Whitney Houston, who was found dead in her Beverly Hills hotel room last month.

Kim Burrell - who received a voicemail from Whitney just hours before her death - believes it is understandable that the New Edition singer is going through ''difficult times'' and thinks it is harder as his problems are being played out in public.

Kim told the New York Daily News newspaper: ''I support Bobby, and he has my full support to get better.

''He spent 17 years in a relationship and marriage with Whitney, so why wouldn't he be going through some difficult times right now?''

''He happens to be a public person who's getting through a private moment, and the whole world is hearing about it.

''He's coping, and unfortunately everything is raised up a notch because of Whitney's death.''

Bobby and Whitney - who have a 19-year-old daughter, Bobbi Kristina - were married from 1992 to 2007 and had a volatile relationship blighted by drug abuse and accusations of violence.