Kingpin sequel in the works

Directors Peter and Bobby Farrelly are set to produce a sequel to their sports comedy flick 'Kingpin'. 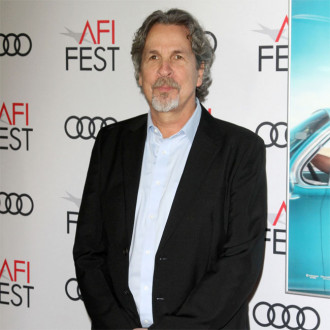 A 'Kingpin' sequel is in the works.

Directors Peter and Bobby Farrelly are set to produce a sequel to their 1996 sports comedy flick and according to the website Collider, the movie is currently in active development at Village Roadshow Pictures.

The original 'Kingpin' starred Woody Harrelson as bowling prodigy Roy Munson, whose career in the sport is ruined when he suffers a crippled hand after being conned by legend of the sport Ernie McCracken (Bill Murray).

Years later, Roy gets another shot at the big time when he discovers the Amish bowling prodigy Ishmael (Randy Quaid).

The plot and setting of the 'Kingpin' sequel are being kept under wraps and additional creative elements are still to be determined in front of and behind the camera.

It is also unclear if the Farrelly brothers will have a hand in the script as the first film was penned by Barry Fanaro and Mort Nathan. According to sources, no cast members are attached to the movie yet.

Meanwhile, Woody has been cast as Heinrich Himmler's real-life physician in 'The Man with the Miraculous Hands'.

The 59-year-old actor will play Felix Kersten, who was the private doctor for Himmler - the head of the SS and known as one of the architects of the Holocaust.

The World War II thriller will be directed by Oren Moverman and based on Joseph Kessel's novel 'The Man with the Miraculous Hands: The Fantastic Story of Felix Kersten, Himmler’s Private Doctor'.

The movie will be the third time Moverman and Harrelson have worked together after 'Rampart' and 'The Messenger'.

Kingpin sequel in the works