'Sex And The City' star Sarah Jessica Parker was spotted posing alongside AOL CEO Tim Armstrong on the red carpet at the 2014 AOL NewFront event held at the Duggal Greenhouse in New York. AOL is a mass media company that invests in brands and websites.

In light of his emotional interview, Miller urged his followers to go easy on the interviewer.

High-profile interviews often require lots of preparation, pre-approved questions, editing, etc. So when six-time Winter Olympic skiing medalist Bode Miller broke down on camera, after a series of personal questions, the media storm was guaranteed. Miller was doing an interview with NBC’s Christine Cooper about his Olympic success, when the conversation turned to his late brother. After being asked several questions along that line, the athlete was visibly upset. This prompted some folks on Twitter to lash out against Cooper for pressing on with the interview despite Miller’s obvious discomfort. Fans have rallied in support of Miller and against Christine Cooper.

In a display of unusual familiarity, Cooper actually put her arm on Miller to comfort him during this "interview," something that obliterates whatever alleged boundaries exist between the Olympic athletes and these sports-centric experts hired to offer insight. After the twitter storm has already started brewing, Miller himself stepped in to call off his angry supporters, tweeting several messages in defense of his interviewer.

By Michael West in Lifestyle / Showbiz on 17 February 2014

The internet exploded into a ball of molten indignation on Sunday night (February 16, 2014) after NBC interviewer Christin Cooper pushed skier Bode Miller so far on his late brother Chelone that the famously hard-skinned Olympian broke down in tears.

Miller had just won a historic bronze medal in the men's super-G and was clearly emotional - Chelone died of an apparent seizure last April and was clearly in the skiers thoughts. Cooper was a little too persistent with her probing, though it's likely that her NBC producers - always keen on a teary back story - were happy with her line of questioning. 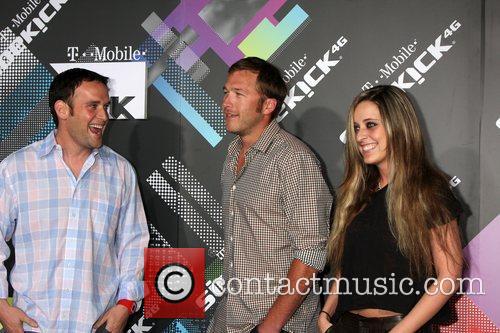 Bode Miller Is A Dad Again