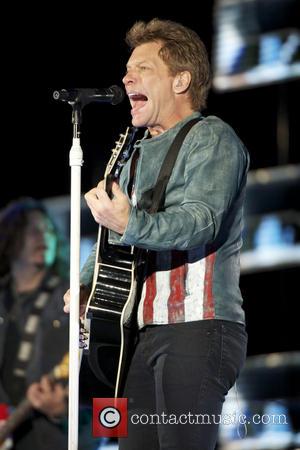 Picture: Jon Bon Jovi and Bon Jovi - Bon Jovi performing live in concert on his 'Because We Can' Tour at Soldier Field - Chicago, Illinois,...

Bon Jovi, One Direction and Pink were among the big winners at Thursday's (14Nov13) Billboard Touring Awards in New York.

Jon Bon Jovi and his bandmates took home three prizes for Top Tour, Top Draw and Eventful Fans' Choice Award for their high-grossing Because We Can trek, while boy band One Direction were honoured with the night's Breakthrough Award.

Pink landed the Top Boxscore trophy for her string of sell-out shows at the Rod Laver Arena in Melbourne, Australia this past summer (13).

The Rolling Stones scored the Concert Marketing & Promotion Award for their 50 & Counting Tour, and country stars George Strait and Taylor Swift picked up the 2013 Billboard Legend of Live and the Top Package Award respectively.

The full list of 2013 Billboard Touring Award winners is: