Bon Jovi will be the inaugural recipients of the Global Icon award at this year's MTV European Music Awards (EMAs). 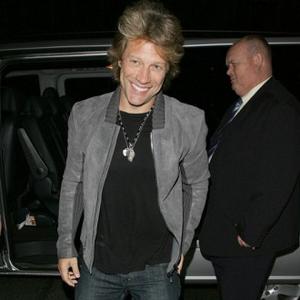 The American 'Livin' On A Prayer' rockers will collect the newly introduced trophy when the music channel's annual European ceremony takes place in Madrid, Spain, on November 7.

MTV executive Bruce Gillmer said: "There's no question that Bon Jovi has achieved iconic status across the globe and are widely recognised as one of the most beloved and influential rock bands of all time."

The band - who have sold over 125 million albums and scored number one hits in countries across the globe with tracks including 'Always', 'You Give Love A Bad Name' and 'Wanted Dead Or Alive' - will also perform at the event.

Bon Jovi have also been inducted to the UK Music Hall of Fame and the Songwriters Hall of Fame during their career, and this summer completed a 12 night residency at London's O2 Arena.

Leading the nominations for this year's EMA awards are Lady GaGa and Katy Perry who are both in the running to win five categories, and go head to head with each other and 'Russian Roulette' singer Rihanna in three of them: Best Pop, Best Female and Best Song - some of the night's biggest awards.

Plan B, Shakira, Kid Rock, Kings Of Leon and Linkin Park are also set to perform at the awards.