The life of late AC DC frontman BON SCOTT is to be immortalised on the stage in a new Australian play.
The 33 year old died of acute alcohol poisoning in 1980 after a night of heavy drinking in London, and the band later continued with his replacement Brian Johnson.
Scott's tragic story is now the focus of a new stage production titled Hell Ain't A Bad Place To Be - The Story Of Bon Scott, which documents his early years and rise to fame.
Australian singer/songwriter Nick Barker will take on the title role and the longtime Ac Dc fan admits the job is a dream come true, telling Undercover.fm, "The impact that Ac Dc had on me as a teenager was huge. Even growing up as a musician I spent a lot of my time playing in pubs and Ac Dc was the benchmark. Bon Scott is an Australian icon as much as (outlaw) Ned Kelly. We're doing his show with the humility and truth that it deserves."
The play will open at the Athenaeum Theatre in Melbourne on 12 July (11). 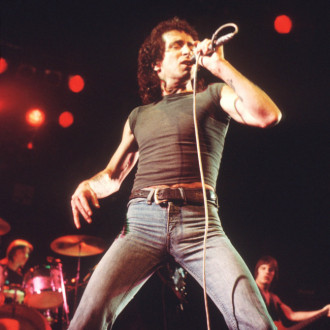