Filmmaker David Lowery reunites the stars from his offbeat Western Ain't Them Bodies Saints for an even more offbeat drama about the afterlife. A ghost story in which the lead character is a guy under a sheet feels like it should be funny, and yet this is a resolutely arthouse movie, inventive but pretentious and high-minded. Yes, the silly imagery makes us giggle, but Lowery strikes such a somber tone that we can't help but take it seriously.

Casey Affleck and Rooney Mara reunite to play a couple whose happy life comes to an end when he is killed in a car crash. Now he wanders around their small house, watching his wife grieve, only able to communicate to another ghost who's haunting the house next door. After his wife packs up and moves on, this sheet-clad spirit sticks around, trying to communicate with a single mother (Sonia Acevedo), then a partying mob of ravers, including one guy (Will Oldham) who launches into a diatribe about the meaning of existence. But since he's dead, this ghost has only begun to experience his own journey through time and space.

Yes, as it goes along, the film spirals out into the kind of epic exploration of eternity that Terrence Malick keeps making (see The Tree of Life or To The Wonder). The central conceit of having Affleck performing under a white bedsheet is very clever, because it undercuts all preconceptions about ghost movies, offering a refreshingly earthbound approach that avoids swirly digital effects. But the fact is that, no matter how dark the film's tone is, it looks rather ridiculous. And Lowery only just barely gets away with walking this fine line between corny self-indulgence and meaningful drama.

By James Hopkin in Music Reviews on 05 February 2016

Like his musical output, Will Oldham is a difficult man to pin down. While he is constantly re-recording and reworking old tracks for new projects and collaborations, he himself has morphed through the monikers of Palace, Palace Brothers, Palace Music and Bonnie "Prince" Billy. Pond Scum is a collection of songs spanning eight years' worth of John Peel sessions, touching on material from his Palace Music years as well as some of the earlier Bonnie "Prince" Billy tracks.

Taken from the Palace Brothers LP There Is No-One What Will Take Care Of You, the opening track '(I Was Drunk At The) Pulpit' has a much less frantic tone than the original recording. The accompanying guitar line follows Oldham's stumbling vocal as religious confessions are interspersed with hedonistic pursuits. Similarly, the following track 'Death to Everyone' touches on the themes of religion and faith which feature prevalently throughout Oldham's work. The fatalistic opening line 'I am here, right here, where God puts none asunder' progresses into haunting reflections on the inevitability of death, before Oldham concludes that 'Death to everyone is going to come, and it makes everything much more fun.'

While Oldham's rambling poetry can usually be trusted to draw on interesting themes and address subjects others might shy away from, the real joy of Pond Scum is hearing Oldham take the opportunity to deviate, often significantly, from the original versions of the songs. Save for the first four tracks, on which David Heumann plays lead guitar and contributes backing vocals, the album is delivered solo. This lack of accompaniment not only gives Oldham a license to take the tracks in any direction that takes his fancy, but it also results in a pared-back sound which lends itself to many of the songs. 'Jolly One (2-15)', for example, which originally appeared on the collaborative EP with Marquis de Tren (aka Mick Turner of Dirty Three), is transformed from a fragmented, experimental number into a gentle, drifting ballad. Oldham's solo rendition also pushes the track's self-reflective lyrics to the foreground. The discussions of singing and the act of songwriting in lines such as 'I know you take pleasure in my singing' and 'my life is just to sit here and sing these songs that have no purpose' become particularly pertinent when performed with just vocals and a guitar.

Bonnie Prince Billy - When Thy Songs Flows Through Me

Bonnie 'Prince' Billy AKA Will Oldham released his album 'Pond Scum' last week through Domino Recording Co in the UK and Drag City in the US. The album is comprised of three sessions Oldham recorded for John Peel's BBC radio one show. When Thy Songs Flows Through Me is the lead single with a video directed by Ryan Daly.

Bonnie Prince Billy, Is It The Sea? Album Review

By Pete Barrett in Music Reviews on 24 November 2008 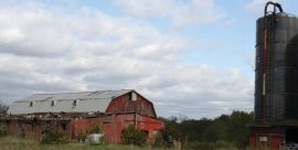 Is It The Sea album review from Bonnie 'Prince' Billy with Harem Scarem and Alex Neilson released through Domino Records.

Recorded live in Edinburgh during his 2006 tour, Is It The Sea is the latest offering from the seemingly inexhaustible creative mine that is Will Oldham. Fourteen studio albums, countless EPs and now three live albums in a fifteen-year period constitutes a Herculean work-rate on the part of Mr. Oldham and his numerous alter egos. Accompanied by Scottish folkies-in-residence Harem Scarem and the apposite drumming of Alex Neilson, Oldham revisits, reinterprets and reinvigorates several of his best-known songs in a curiously engaging style. There is a distinct free-form, open air feel to the performance that contrasts with the darker, claustrophobic atmosphere of much of his studio work. Droning accordions and somnolent fiddles merge with Neilson's delicate, jazz-tinged brushwork to create a pervasive soundscape upon which Oldham's intense, brittle voice is rendered as alluring as ever.

On Love Comes To Me and New Partner, the result is glorious. The former is transformed into a yelping little foot-tapper (as is Arise Therefore) and the latter retains all its original warm country-waltz charm. The hushed, swooping harmonies that weave through each song, at once both sweet and ragged, complement Oldham's more unswerving vocal delivery impeccably, particularly on Ain't You Wealthy?, Ain't You Wise?. Conversely, Wolf Among Wolves and Master and Everyone perhaps suffer for a lack of structure; the torpid pace and punctuated rhythm diminish the lyrical impact that characterised the original Master and Everyone album. That said, Oldham's ability to deftly slow-build a song remains undeniable. Cursed Sleep swells menacingly for several minutes before erupting into a melodica/flute/whistle fireball and is surely the highlight of a very good album. Lo-Fi, Alternative Folk is very popular at the moment. Not all of it is this good.

Bonnie Prince Billy, Lie Down In The Light Album Review

Review of Bonnie Prince Billy's album Lie Down In The Light. 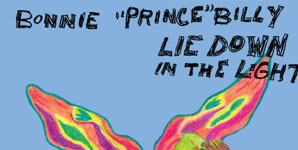 By Colin Burrill in Music Reviews on 04 April 2007 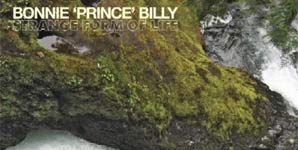