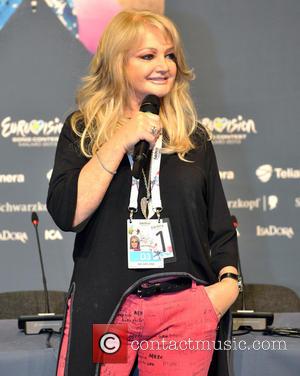 Singer Bonnie Tyler has appealed to movie bosses for the chance to record a James Bond theme after she turned down an offer to perform the title song from Never Say Never Again.

The Holding Out for a Hero hitmaker was approached to head up the soundtrack to the 1983 spy thriller, starring Sean Connery, but she snubbed the offer, and is now hoping for a second chance.

She tells Britain's Celebs on Sunday magazine, "No (I don't regret it), but I wish they'd ask me again and give me a good song. I didn't like the song and it was the only one that never became a hit."