Bonnie Tyler appears to have little chance at the Eurovision Song Contest this year. 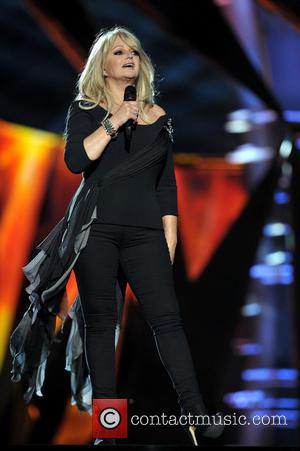 With just one day to go until this year's Eurovision Song Contest, the UK's entry Bonnie Tyler has been pushed out to 50/1 from original odds of 40/1. The British songstress has courted little support in a market dominated by Denmark's Emmelie De Forest, who is now considered the overwhelming favourite at 4/6. The barefooted beauty has attracted more than a third of all the money placed on the competition and the odds suggest that it's unthinkable she could lose the title.

Though Bonnie Tyler appears to face an uphill task to win - have you heard her song?! - Azerbaijan are attracting some support having been cut to 12/1 from 20/1 in the space of 24 hours. Belgium have been the week's biggest movers having been cut from 300/1 to 100/1. A spokesperson for Paddy Power said "It's unusual to have an odds on favourite for the Eurovision but our punters seem to be in agreement with us. At 25/1 Ryan Dolan [Ireland] certainly has a chance but Bonnie Tyler will need a huge performance to prove her odds wrong."

Elsewhere, Russia are still available at 14/1, while Germany and the Netherlands are still 25/1. Sweden could be worth a bet at 66/1 while Finland, Greece and Georgia are priced at a modest 33/1. It appears that Denmark's main rival will be nearby Norway, currently available at 11/2.

Before the big-night, why not relive the UK's darkest day?