Another Injury For Spider-man Musical 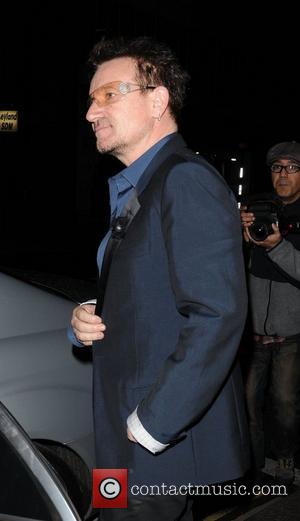 Bono and The Edge's Spider-Man musical has been hit with another cast injury - webslinger Reeve Carney's understudy needed medical attention for a gash to his head after a backstage accident on Wednesday (09Nov11)
Matthew James Thomas, who plays Carney's alternate twice a week on Broadway, was taken to the hospital for stitches midway through the matinee. Carney, who was in the theatre for the performance, took over for the rest of the show after a brief delay.
Production spokesman Rick Miramontez tells Newsday, "He is fine and will be back in the show for his next scheduled performance on Saturday."
Spider-man: Turn Off The Dark was dogged with safety issues during its first preview run a year ago (Nov-Dec10).
Among the most serious, Natalie Mendoza, who was originally cast as Arachne in the musical, suffered a concussion when she was struck in the head by equipment in the wings and stuntman Christopher Tierney suffered several broken ribs, a fractured elbow, a bruised lung, three fractured vertebrae and a cracked skull, and subsequently underwent back surgery after falling into the orchestra pit from a piece of scenery.