U2 auctioning signed guitar for charity

U2 are auctioning off a signed guitar along with a host of other money-can't-buy prizes in a bid to raise a fortune for music therapy charity Nordoff Robbins. 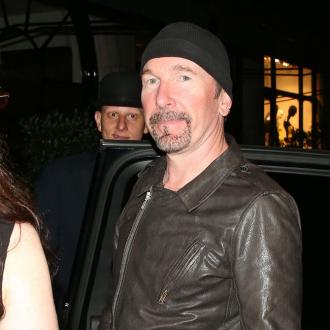 U2 are auctioning off a signed guitar for charity.

The 'With or Without You' hitmakers - featuring Bono, The Edge, Adam Clayton and Larry Mullen Jr. - have each scrawled their autographs on the instrument, which will be sold to raise money for the UK's leading music therapy charity Nordoff Robbins at the 40th anniversary of the O2 Silver Clef Awards in London on Friday (03.07.15).

As well as the Gibson Les Paul Music Rising guitar - which was played by The Edge during their recent 'iNNOCENCE + eXPERIENCE' tour - the priceless prize includes a signed vinyl copy of their 1987 album 'The Joshua Tree' and a framed gold disc of the LP, four VIP tickets to one of the band's upcoming shows at London's O2 Arena, and a personal tour of the stage at the show from The Edge.

Fans can bid for the lot here: http://www.nordoff-robbins.org.uk/exclusive_U2_auction