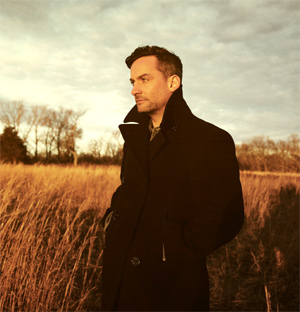 The story of Bonobo is one that's become uncommon in contemporary music. There was no sudden, viral internet sensation, no one-off big hit, no abrupt, accidental alignment with the zeitgeist. Instead, over the course of four albums, myriad tours, singles, remixes and production work for other artists, he quietly but very definitely became one of the most important artists in electronic music. The hard work paid off, and culminated in 2010's 'Black Sands;' a masterful album that married Green's inimitable melodic genius and musicianship to bleeding edge electronics, bass and infectious drums.

After a year plus of touring the hypnotic, extended live versions of Black Sands, he finally found time last year to embed himself in his New York studio and write his fifth studio album. Now, in 2013, he stands ready to take things up yet another notch. 'The North Borders' is a long stride forward - both a natural evolution and a continuation of the electronic palette of Black Sands. Thematic, resonant, addictive and perfectly formed, it's a thrillingly coherent statement piece.

It's also an album that shows just how far electronic music has come. Its richness of texture, emotive force and all round depth are facets found more often within, dare we say it, classical music. If there's a renaissance taking place within this scene, Simon Green could make a strong claim to being one of its key driving forces.

As with previous albums, The North Borders features a careful balance between vocal tracks and instrumentals, ensuring that the productions themselves get room to breathe and shine. When Green discovered that he and Erykah Badu shared a mutual appreciation for each other's work, he leapt at the chance to collaborate. The resultant 'Heaven for the Sinner' is one of the album's triumphs, a transcendental, incanted vocal masterclass married to a brilliant two-step glitch and a yearning melody.

NYC folk underdog Grey Reverend appears on album opener 'First Fires,' providing a raw, emotion-laid-bare growl that sets the tone for an album that's joyously unselfconscious. Bonobo has a long history of unearthing new talent, Black Sands having launched the solo career of guest vocalist Andreya Triana. The North Borders sees him do so once again. The startling, ethereal vocals of new collaborator Szjerdene are sprinkled across the album, and Green has yet again found the perfect voice to express where he's at. 'Transits' sees her vocal weave around a garage beat that's somehow fragile and purposeful all at once, a gradually emerging hook rising from the depths of the song.

'Emkay' is a stunning example of the album's marriage of addictive, urban-inflected drums to rise-and-swell melody that never fails to move the listener. Opening single 'Cirrus' sees a clockwork-precise rhythm drive a chiming, insistent melody that builds to one of the record's great emotional climaxes. This is where Green excels; he knows how to invest electronic music with immense feeling.

The North Borders - like all great records - is an album that demands to be listened to as such; a body of work with its own internal logic, themes and narrative arc. Bonobo's abilities are at an all time high, and The North Borders everything his growing army of fans will have hoped for - a sheer delight.