Quote: "It is so surreal. Like, normally you'd ask your husband to pick up take out that evening or has he got the dry cleaning, I feel like I'm always saying, 'Are we getting sued? Were you arrested?'" Aussie actress Isla Fisher worries about what her husband, funnyman Sacha Baron Cohen, gets up to when he's filming outrageous comedies like Borat: Cultural Learnings Of America For Make Benefit Glorious Nation Of Kazakhstan or Bruno, which have both resulted in lawsuits from unimpressed prank victims.

Fact: Sacha Baron Cohen is bringing his alter ego Borat to The Simpsons - the comedian will voice his comedic creation on an upcoming episode of the long-running TV series.

Quote: "We were surprised that anyone wanted to see it; I still am. I haven't seen it. Apparently, it's average." Sacha Baron Cohen still can't believe film fans turned out in droves to see his first movie Borat.

Quote: "Yes it's real. We had the same problem with Borat where no one believed it was real until we had, I believe it was 200 lawsuits. I think Universal's legal team would certainly hope it's not real, but unfortunately it is. Sacha Baron Cohen insists his outlandish antics in new comedy BRUNO aren't staged.

Quote: "The man's got balls, what can I say? I think he's funny." Jennifer Aniston on boyfriend John Mayer's hilarious Borat impression after the singer/songwriter donned a barely-there lime green swimsuit as a joke on a cruise ship.

Quote: "Most people can say to their partners, 'How was your day at work?' I have to say, 'Are you getting sued? Have you been arrested? Are you in jail? Are all your limbs still attached?' He has more lawsuits than the Baldwin brothers." Isla Fisher on the many legal cases her fiance Sacha Baron Cohen's movie Borat: CULTURAL LEARNINGS OF AMERICA FOR MAKE BENEFIT GLORIOUS NATION OF KAZAKHSTAN has spawned.

Quote: "The problem is, I just don't think anything is funny. Once in a while I'll see something that makes me laugh. Borat, that really made me laugh. But, before that, it was so long before I had seen anything that I was like, 'Yes, this is great.'" Funnyman Jack Black is concerned about a lack of good comedy films.

Fact: The brother of Borat star SACHA BARON-COHEN has signed up Sir Paul McCartney's drummer, PRESTON HEYMAN, to join him and his band ZOHAR for an upcoming U.S. tour.

Quote: <p>"My 13-year-old son is travelling here by foot, with his two wives and his three childrens (sic). If he survives the journey I have promised him that he can make penetration with Colombian prostitute Shakira." ALI G comedian Sacha Baron Cohen's alter ego and MTV Europe Music Awards (EMAs) host Borat SAGDIYEV's brand of humour is offensive as ever. </p> 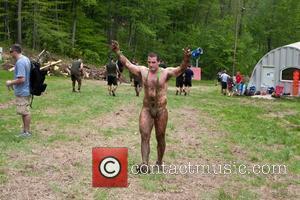