Boy George is making his own reality show chronicling his move from London to Los Angeles. 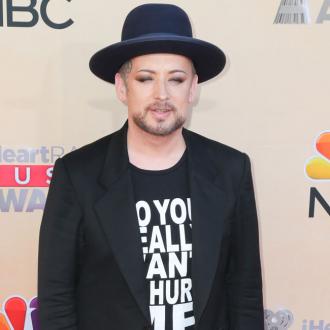 Boy George is to star in his own reality show.

The 'Karma Chameleon' singer has teamed up with Bunim/Murray Productions (BMP) - the team behind 'Keeping Up with the Kardashians' - for a documentary series following his move from London to Los Angeles, Deadline reports.

He said: ''If Marge Simpson met Dolly Parton and went dancing with Ziggy Stardust, it wouldn't come close to what you'll see.''

And the 53-year-old singer insists there is no reason why he shouldn't be letting his life be shown on camera now.

Asked why he has suddenly decided to try his hand at television, the former Culture Club star replied: ''Why now - why not? Why me - who else?''

The as-yet untitled programme hasn't yet been signed up by a network but the producers are very excited about it.

Gil Goldschein, chairman and CEO of BMP, said: ''Boy George is a musical and cultural icon, and it's about time someone captured his story.

''We are experts in producing celeb-reality docuseries, and we couldn't be more excited with the opportunity to tell this story with the right broadcast partner.''

The programme is scheduled to begin shooting this summer when George arrives in Los Angeles.