Boy George says prison helped him to like himself again and gave him a chance to reflect on his life. 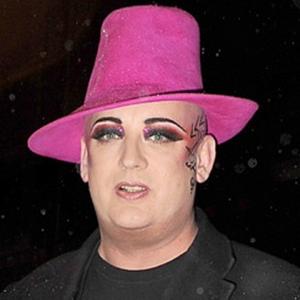 Boy George says prison helped him to like himself again.

The 'Do You Really want To Hurt Me' singer spent four months in jail - after being convicted of the assault and false imprisonment of male escort Audun Carlsen in December 2008 - and admits his time behind bars gave him a chance to reflect on his life.

He said: "That gave me a really strong place from which to encounter it. I got a job in the kitchen, had my own cell and made friends. I had to get used to being with me, learn to sort of like myself again.

"That's the most terrifying thing about prison. I was only there about four months, but when it was time to go home I was thinking: 'Oh my God, I've got to go out of here and deal with my life. I am not sure I want to leave!'

"Once you get clear and get your head screwed on, you see the potential. You look at what you are doing and your behaviour. There was a big shift In Me. I just thought, 'You are f**king around. And you can't any more.'" George - who has been sober for over two years - admits he's done a lot of bad things in his past but now only concentrates on the present.

He told The Observer newspaper: "It doesn't matter what has happened in my life. Right now, I am proud of myself. That's a great place to be. A really wonderful place to be."