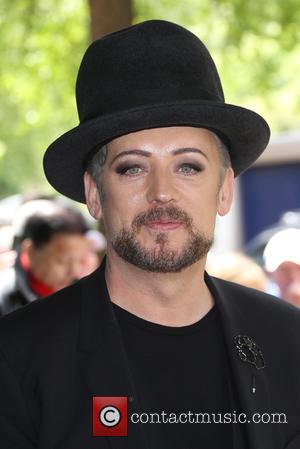 The Culture Club frontman, who will be working with the company behind hit programme Keeping Up with the Kardashians, insists he cannot achieve what he wants while based in England.

The singer, real name George O'Dowd, is selling his home so he can buy a property in the States after being inspired by fellow iconic British music stars including David Bowie and Rod Stewart.

He tells U.K. newspaper The Sun, "What I want to do I just don't feel I can do here. I need to move to America. I haven't been played on the radio here for over 20 years. All of my heroes - Bowie, Rod Stewart - left. To be honest, my departure has been long overdue. I tend to stick in situations that aren't necessarily good for me. But this time I'm going to sell my house and purchase somewhere there.

"When we first discussed (my reality show) I worried it would be too intrusive. But they're an art form in America now. I'm at a point of my career where I can knock a few holes in the walls and build some new doors. A smart person doesn't stick around and moan about how things should be, they move on and create new things."