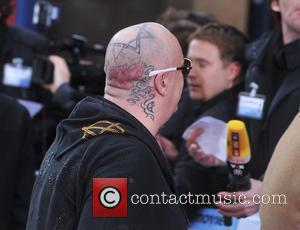 British singer Boy George has resorted to selling T-shirts in a London market stall.
On Friday (16May08), the star - real name George O'Dowd - was spotted at a booth in London's Spitalfields Market looking bored as he tried to sell clothing from his B-Rude label for $20 (GBP10) a piece.
As the frontman of flamboyant group Culture Club, the singer sold over 10 million records in the 1980s - but in recent years the 46-year-old has fallen upon hard times, battling an alleged drug addiction.
He told a reporter, "It's been all right - quiet today though. I'm bored and cold but we have to do a Friday stall to get a pitch on Sunday."