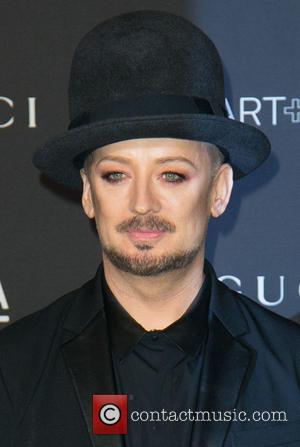 Picture: Boy George - A variety of celebrities were photographed as they arrived at the 2014 LACMA Art+Film Gala which honored conceptual artist Barbara Kruger and...

British pop star Boy George sang a tribute to Quentin Tarantino as the director was honoured at the Los Angeles County Museum of Art's annual Art and Film gala on Saturday (01Nov14).

The former Culture Club frontman covered Dusty Springfield's hit Son of a Preacher Man in a nod to Tarantino's movie Pulp Fiction, which featured the track in a key scene.

Boy George also entertained the star-studded audience with his tracks including Karma Chameleon and Do You Really Want to Hurt Me.