Boy George has told Absolute Radio that Nile Rodgers could be asked to produce the new Culture Club album. 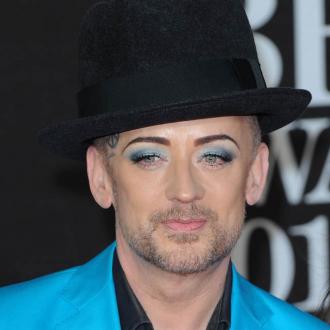 The 'Karma Chameleon' singer recently confirmed the band will be getting back together and working on new material for the first time since 1999 and wants Chic star Nile on board to produce.

He told Absolute Radio: ''There's talk of maybe asking [Nile] to produce the Culture Club Record. Not to kind of sound like a disco record, but because Nile is a really good producer, you know, for bands. So that could be interesting.''

The 52-year-old 'Do You Really Want To Hurt Me' star also spoke about his father, and admitted his new single 'It's Easy' from his solo album 'This Is What I Do' was written about him.

He said: ''My dad left my mum after 43 years which just seemed so bonkers ... My dad is dead now, but obviously when I came to write that song I was thinking very much about my father.''

Despite being an active Twitter user with over 250,000 followers, Boy George - real name is George Alan O'Dowd - thinks social media would have been a ''blood bath'' if it'd been around twenty years ago.

He claimed: ''It would have been very different ... I think if I was younger I would have had more feuds with people, can you imagine me and Pete Burns, or me and Marilyn [Manson], I mean it would have just been relentless.''

Listen to the full interview on Absolute Radio 80s on Sunday 17th November from 9pm.