Boy George has confessed he ''loves'' Taylor Swift and often tells himself to ''behave more like'' like the 25-year-old pop superstar. 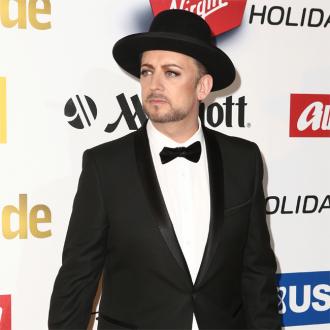 The Culture Club singer is a big fan of the 'Shake It Off' hitmaker and often thinks his life would be better if he acted more like driven and determined Taylor.

Speaking at the Attitude Awards in London, he said: ''I really do love Taylor, I often think, 'Not to self, behave more like Taylor Swift!' It clearly f***ing works! She's obviously doing something right, what's she doing lets watch.''

George, 54, enjoyed all the spoils of pop stardom and fell into some of the pitfalls at the height of his band's success in the 80s and as a superstar DJ in the 90s, including booze, drugs and run-ins with the law.

The 'Karma Chameleon' singer - who will be a coach on the next British series of 'The Voice' - accepts he was young and immature but he doesn't think Taylor, 25, will make the same mistakes as him.

He said: ''When you're young you think you can just do your own thing, I'm impressed with the likes of Taylor Swift, these young stars who just seem to have much more of a grasp on everything than we did. We all just went crazy, although that may happen!''