Boy George Warns Justin Bieber And Rihanna To Calm Down 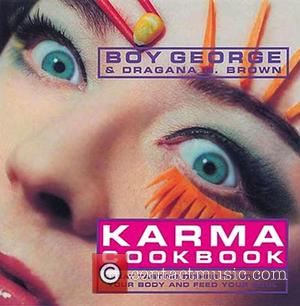 Eighties singer Boy George has warned Justin Bieber and Rihanna to tone down their wild behaviour for the sake of their fans.

The 52 year old is convinced both stars will eventually suffer from their rock 'n' roll lifestyles and has urged them to set a better example to their supporters.

He tells Britain's Daily Star newspaper, "I look at Justin and think, you're gonna (sic) learn that all of this is such a waste of time. It's so difficult to do all your learning in public though, I'm surprised young celebrities aren't taken more care of.

"But if you're controlling someone, you're probably gonna (sic) drive them towards more disruptive behaviour. Being such a major f**k up I know how wilful I was, I know how hard it is for anyone to stop you, particularly when you're famous and people are employed by you. If someone stands up to you as a celebrity what you gonna (sic) do, fire them? Probably."

Former heroin addict George is also alarmed by Rihanna's blatant drug use, which she documents in photographs online, adding, "When you have no boundaries with yourself and you're prepared to break the law on Twitter, that's kinda scary. What you do in your own time and what you do that influences fans are very different. Of course if you're a f**k up people will see you're a f**k up, but I don't think you should celebrate it."