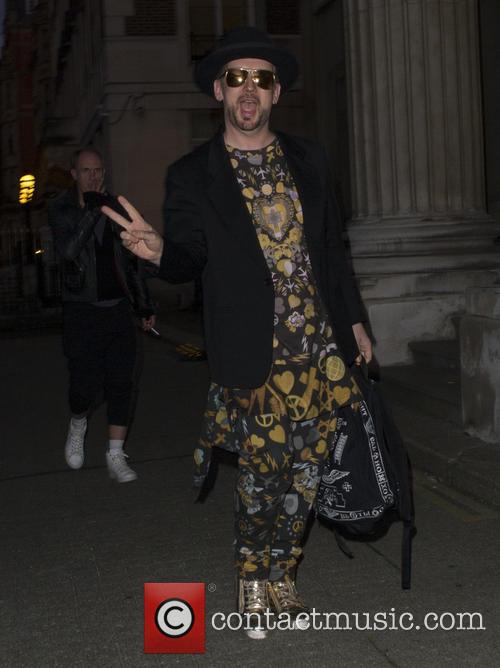 Some reports had claimed that George’s sensational comments had caused recording of the episode to be halted, something which ‘The Voice’ rep has denied. “The whole drama of the show coming to a halt didn't happen at all,” the spokesperson added.

At the time George is reported to have been discussing his past celebrity collaborations with fellow judge Paloma Faith, saying “I have duetted with some of the greatest soul singers in history including Luther Vandross and Smokey Robinson.”

Faith then replied, “Well OK, if we’re throwing big soul names out there I’ve performed with Prince.” George then quipped, “Forget that, darling, I’ve slept with Prince.” The audience in attendance is then said to have gone wild, thinking that George just dropped a major celebrity bombshell.

A source told The Sun that George then high-fived fellow judge Will.I. Am before production staff stepped in. “Production staff had to come up on stage and speak to them. After that Boy George started backtracking saying he hadn’t really slept with Prince and that in reality, he just had his poster on his wall. But as far as the crowd were concerned the cat was already out of the bag,” the source added.