We challenge you to not emit a hearty guffaw...and then get pretzel cravings. 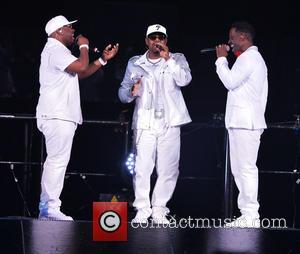 Remember the Fast Food Rockers with their "Pizza Hut, Pizza Hut, Kentucky Fried Chicken and a Pizza Hut" lyrics? Or the "Dayum" YouTube guy convulsing with excitement for his fast food find? Well Boys II Men have just created what could be viewed as the next level food-lovin' song for Wendy's.

Crafted from consumer tweets and using the hashtag "#PretzelLoveSongs", 'Yes Yes Yes' is a canny new way to promote a brand by engaging with customers. The '90s crooner trio add their soulful voices into the mix by singing the lyrics and boom! We have a viral campaign.

"We know all about romance, heartache, love lost and found, but we have never had the chance to sing sweet harmonies about, of all things, a pretzel bun," said Boyz II Men member Nathan Morris in a statement released by Wendy's.

"We sing about searching for your better half on our new album Collide, and with our #PretzelLoveSongs video, we put a humorous twist on what some fans are saying is their better half-Wendy's pretzel bun."

The song and clip were created to publicise the re-launch of the chain's "Pretzel Bun" which will be making its way back on to the menu. Wendy's received such an outpouring of encouragement for their decision that they seemingly wanted to immortalise their fans' words in a song.

Tweets range from "want to high five myself" to "#burgering" to "it will improve my summer lunch game" as the hip-swaying track explores the multitude of ways people paid their unique thanks to Wendy's for reviving the pretzel bun after a year of absence.

Yes, it's a cold, hard corporate campaign to sell more products but Wendy's have earned the right to our attention by dressing up the marketing as a catchy song in an inventive medium. Boys II Men Have Lended Their Distinctive Style & Sense Of Humor To A New Wendy's Ad.